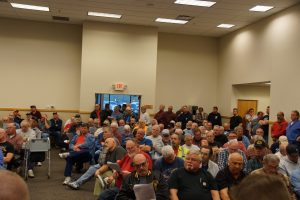 A massive crowd of active and retired Local 120 members turned out last night to come together and send the message that the proposed Central States Pension cuts are inequitable, unfair, and unacceptable.

The Treasury Department is currently reviewing the proposed plan, which includes draconian cuts to retiree benefits, and will decide to either accept, reject or modify the cuts in early May.

Local 120 President Tom Erickson addressed the crowd and told members that Local 120 is not going to stand by and do nothing. “We aren’t taking these cuts lying down. The Central States Plan had options, this isn’t the right one to go with.”

Sherman Liimatinen, a retired principal officer from Local 346 in Duluth laid out a 14 Point Plan for steps that should be taken to restore confidence and put the plan back on track, including congress meeting their funding obligation to the Pension Benefit Guaranty Corporation as well as engaging the “best and brightest” independent experts to design a new contribution and benefits structure that is “prudent, flexible, equitable, and humane.”

Erickson reported that most of Minnesota’s congressional delegation have been active standing up for retirees and working people on this issue, but called on all Teamster families to contact to US Representatives Tom Emmer and Tim Walz who have not gotten involved.

“We need phone calls, letters, and emails to these politicians. They are supposed to be there representing us, its time they got to it.” 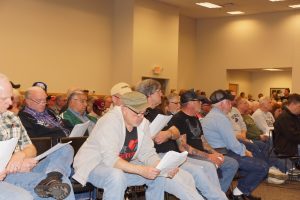 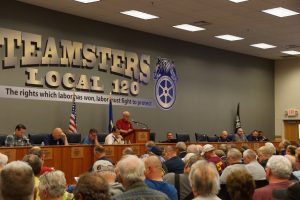 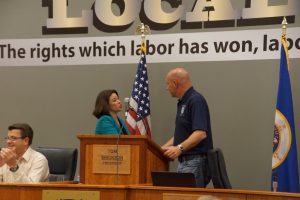 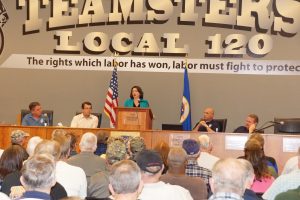