Teamsters Demand Mayo Clinic Live Up to Commitments In Fairmont

Fairmont MN- The Teamsters Local 120 is calling on the Mayo Clinic to outline what services will be added or expanded at the Fairmont Medical Center in light of the announced closure of “Lutz Wing” long term care. They say the closure of “Lutz Wing” will leave many current residents and their families scrambling to find a new place to receive care and result in significant job loss to the community.

June Nelson, an Insurance Specialist at Mayo Fairmont who also serves as Steward for the Teamster Bargaining Unit said the news is devastating:

“We feel like we’ve been betrayed, like our community has been betrayed. Our members aren’t just concerned about their jobs, they are worried about what will happen to their patients and to seniors in our community without Lutz Wing.”

Teamsters Local 120 President Tom Erickson believes Mayo needs to outline specifically what services will be expanded or added as a result of the closure.

“They are removing a service that families in Fairmont use and have made no concrete commitments to expand or add services to replace it. That cannot stand, we are going to shine a light on these actions so that elected officials, taxpayers, and communities across Greater Minnesota know what happens when Mayo takes over your local medical center.”

Erickson says the announced closure is particularly disturbing in light of the company’s preferential non-profit tax status and the nearly half a billion dollars taxpayers have committed to for the “Destination Medical Center” project in Rochester.

“They reduced services in Albert Lea, now in Fairmont. Our tax dollars are funding them and they are cutting services that rural Minnesota communities depend on.” 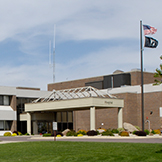 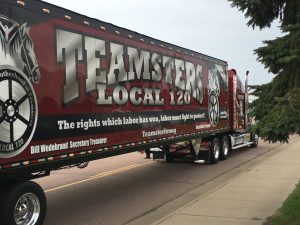